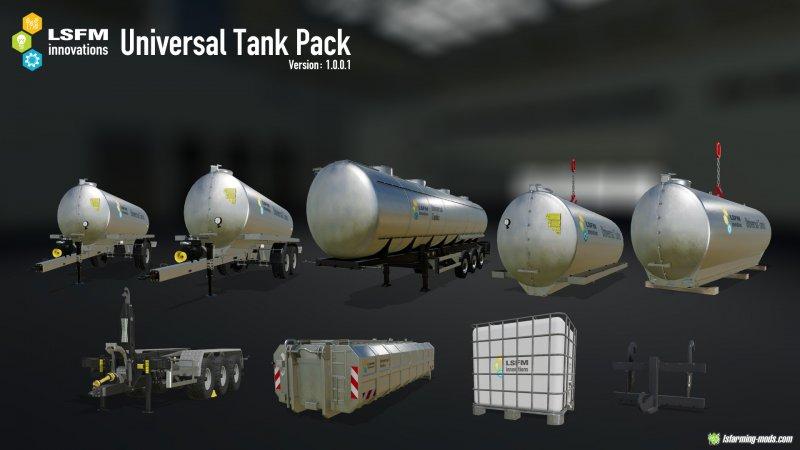 Version 1.0.0.1
FillTrigger Fix, sprayer can now be filled (Attention, the lid of the trailer must be open)
New: Added LSFM IT Runner Container to the pack
New: IT Runner Trailer added to the pack, so it fits better with the pack nor Nokian Wheels were installed
New feature: Lids now have sound effects
New function: filled tanks can now be refueled easily with other Filltypes the old Filltype will be overwritten.

Note: This pack creates under Tools a new shop category there is everything from the pack to find.

For further explanation and functionality, watch the Snookie Snu video.