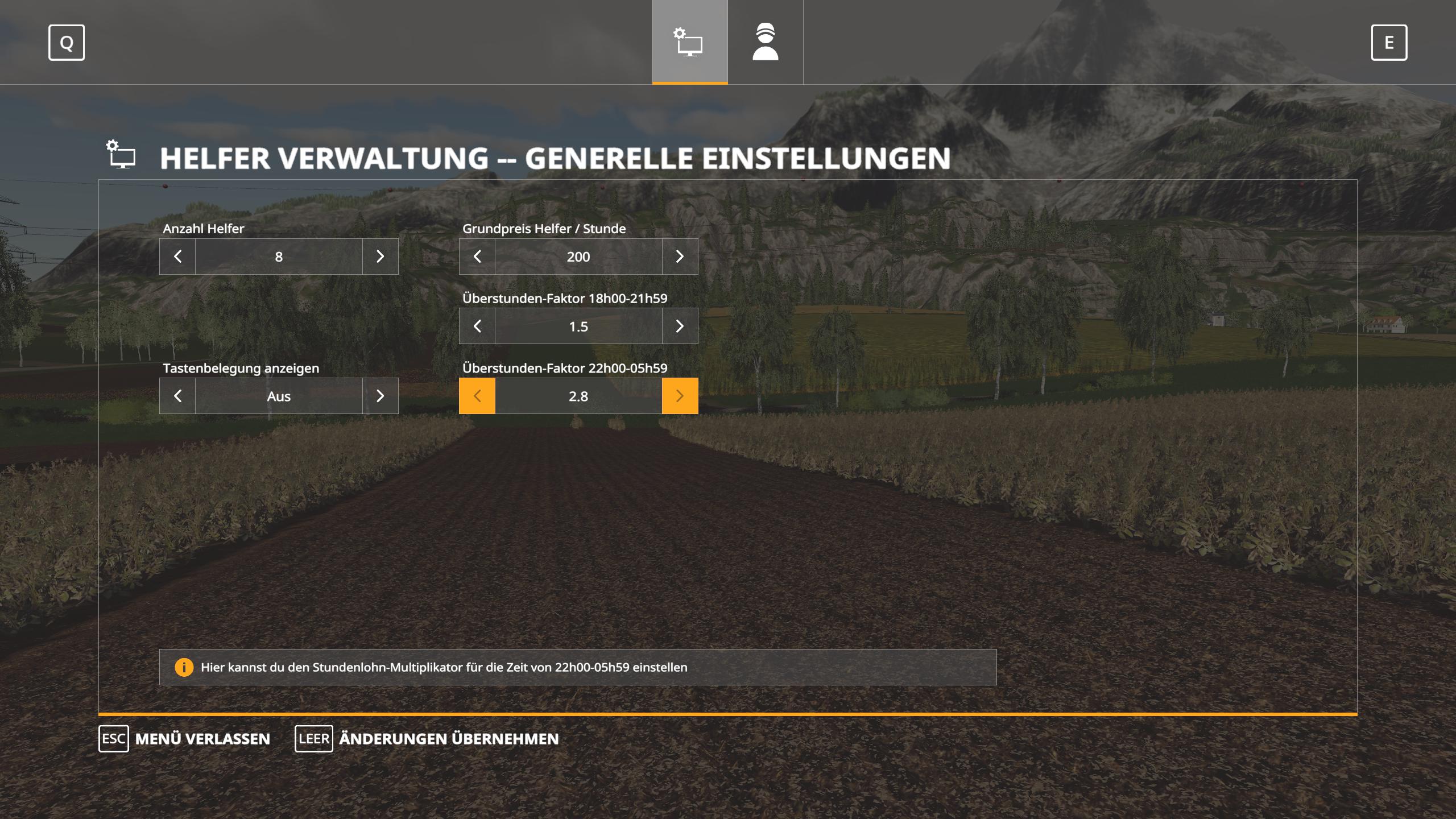 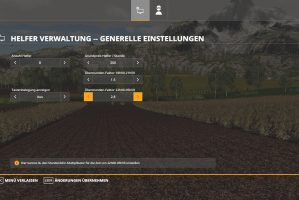 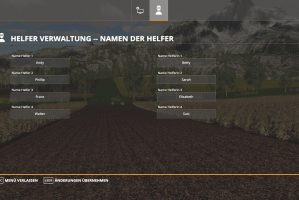 Allows to customize the number, name and cost of the helper

known restrictions:
– At the moment this mod is only available in singleplayer (multiplayer support is planned)
– Unfortunately, the gender of the helpers does not always match the name at the moment, because of the game character generation of the helper by Giants in the

Moment can not be intervened but that is “only” a visual blemish.

important informations:
+ the helper names are displayed correctly only after saving and rebooting the game (helpers are registered at the start of the game due to their system)
+ Since the key combination seems to be in hot demand, it can happen that the menu is not opened due to the double assignment of keys
gets (Giants has his problems with double occupancy) ….. Please check your key settings;)

+ The settings menu can only be opened if no helpers are currently active:! 🙁 otherwise it can lead to unwanted problems …)
+ Multiplayer will be submitted as soon as patch 1.3 is officially available …. 🙂
+ So I think that was the most important