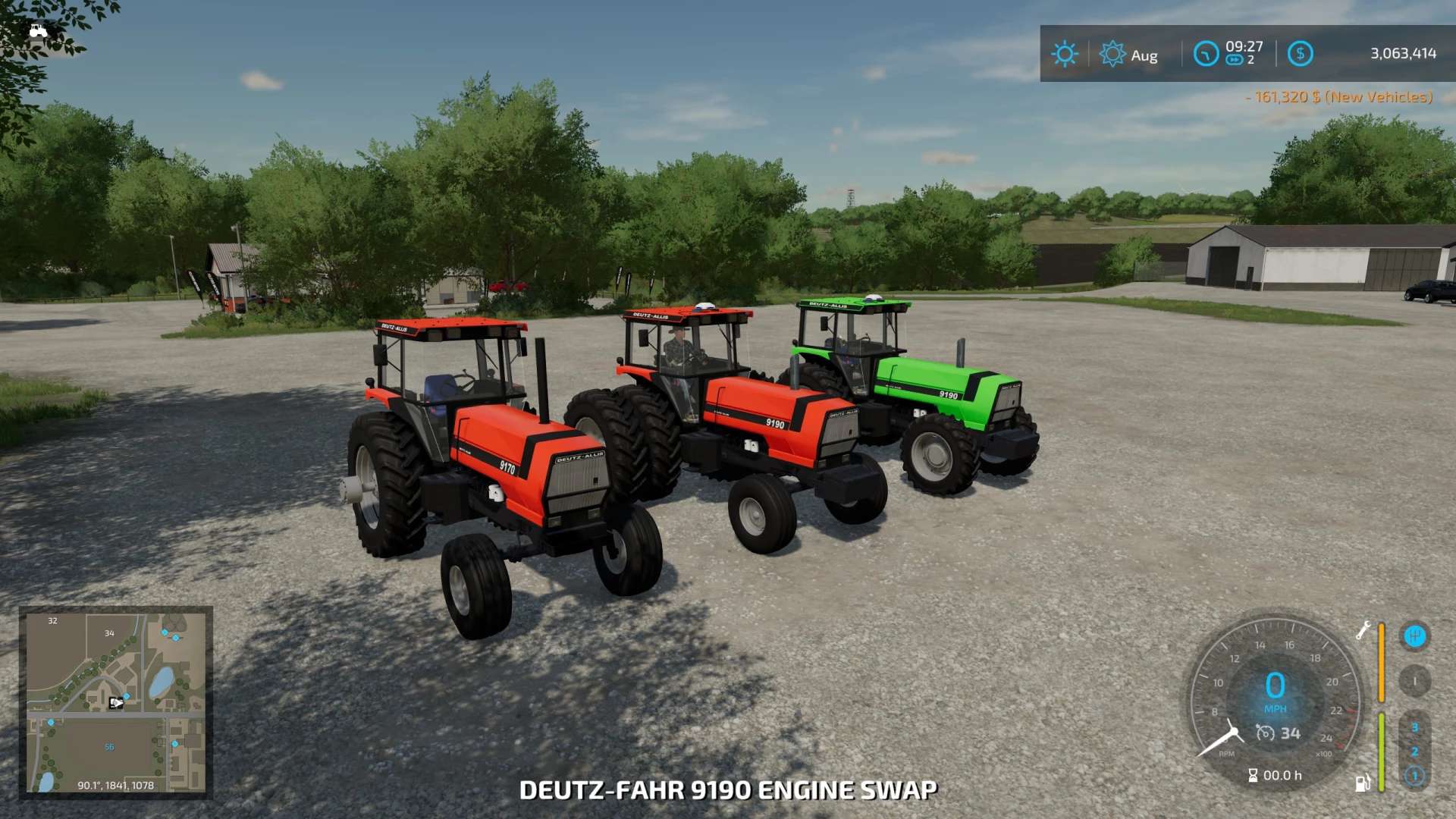 Deutz Allis 9100 Series
Price: 34 700 €
In 1985, with the idea of conquering the american market the german Deutz AG took over the Agriculture Division of the american tractor manufacturer Allis-Chalmers, which was in financial difficulties at that time.
From 1986 various models based on the Deutz-Fahr DX were presented. These were no longer painted in orange like the previous Allis-Chalmers vehicles, but painted in the light green of the Deutz-Fahr tractors.
In 1989 the series 9100, which was especially developed for the American market, was presented. The tractors were built at the “White” tractor plant in Coldwater, Ohio and had a lot in common with the “White Workhorse” range.
Air-cooled Deutz engines were only installed under the hood of the strikingly long designed tractor.

For Deutz, the trip to America was not a success, in total they lost more than 1 billion Deutsch-Mark in the five years on the American market. This was mainly due to the poor exchange rate between the US dollar and
Deutsch-Mark at that time.
In May 1990, Deutz AG then sold its subsidiary through a management buy-out with retroactive effect to December 31, 1989.