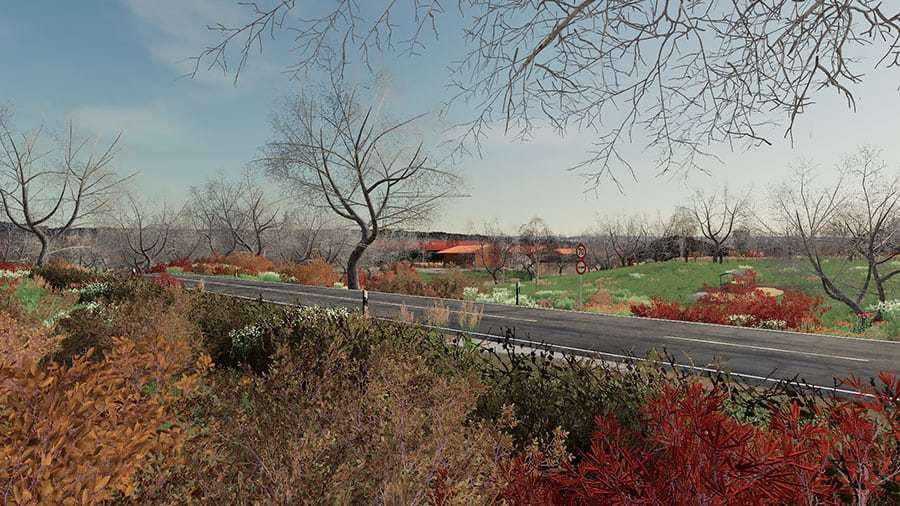 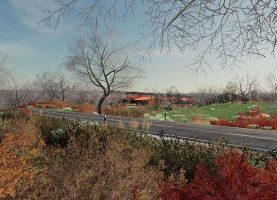 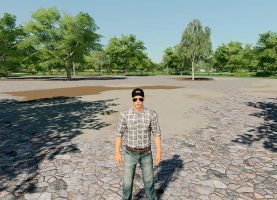 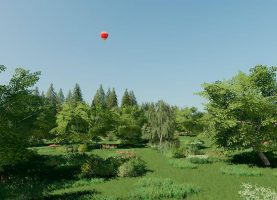 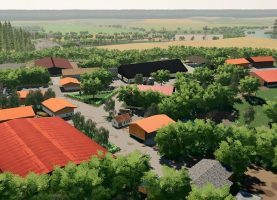 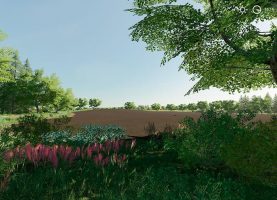 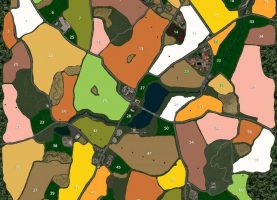 Not only has the map been updated with new features. Some old ones have changed, as well:
There’s an adjustment of the alfalfa dry swath textures, a couple of the main farm buildings have been leveled, and some areas are now easier accessible.
Collision masks are removed from most shrubs, while much of the foliage textures are optimized to look better with the shifting seasons (Seasons 19.)
The map has a new snowmask (Seasons 19,) better map boundaries textures, and slightly more relaxed moonlight.

Fixes, Too
And now, some of the stuff that’s fixed:
There is no longer a “Too many fruits” error. Manure won’t overflow the pig stable manure pit. And there’s now a water pipe at that same stable, which was missing in previous versions.
The double planted trees should be gone now. Several .png textures are now .dds. There are also fixes for some door triggers, which make them work with AutoDrive.
All map textures now being 2048×2048, together with the optimization of all gdm and grle files, should fix previous errors.

All of the above are just some of the many changes, fixes and additions. You can read the full changelog here. (Thanks to VonArens and Datalund for informing me about the new version.)