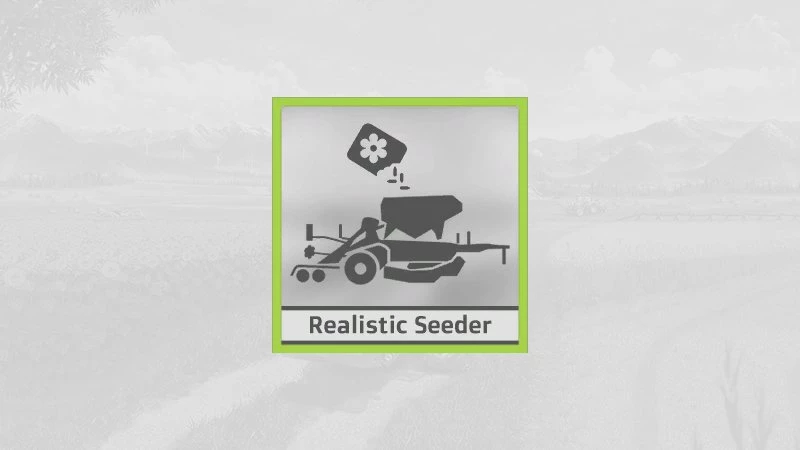 The Horsch SW 3500S from Agrartechnik Nordeifel works again with the Realistic Seeder
The triticale bigbag has a texture again
With the pallets, big bags and sacks you can buy up to 10 pieces at once, if you choose several, they will not be displayed in the shop, but will be bought anyway. If you choose more than there is space at the dealer, only those who have space will be bought and charged.
You can no longer configure the filling level of the pallets when buying them, since there are now the individual sacks

You can now unload the trailer again using the unloading trigger. Sorry for the mistake. : see_no_evil_monkey:

You can now switch between big bags and pallets for unloading seeds, fertilizer and lime
If you have the LSFM Big Bag Mod active, the big bags for lime and fertilizer are replaced with the big bags of the LSFM Big Bag Mod when unloading.
If you play the Hof Bergmann Map, the big bags for lime and fertilizer are replaced with the big bags on the map when unloading. Furthermore, the tanks for liquid fertilizer and plant protection are replaced with the IBC tanks on the map when unloading.
Buyable lime and fertilizer range has been added
New fruit mustard added (e.g. Untergriesbach)
Built-in warning that is displayed for 12 seconds when the game starts if version 1.0.0.8 or older is played by Hof Bergmann. Warning looks like this: Please update the Hof Bergmann Map to version 1.0.0.81 or higher so that it works correctly with the Realistic Seeder!
Textures of the big bags adjusted
It is again possible to unload liquid fertilizers and pesticides
Added individual seed sacks to buy
New shop categories for: pallets, big bags, sacks and accessories added. So the whole thing is a bit clearer than if you have everything in one category
The Big Bag Lifter no longer automatically unfolds the arms when uncoupling
If you have 500 liters or less in the seeder / trailer / shovel, a single sack is automatically created for unloading. You can fill this on a palette by simply holding it over it. Of course, the pallets must have the same filling type as the sack.-

Fix for rape seed pallets for players who have set a language other than German. The correct texture for English, French or Polish is now loaded.

Fix for the pallet fork:

You can now attach the pallets again using the pallet fork supplied.

Important information about the seed pallets and seed big bags!

I changed the path to the palettes and BigBags, this should solve the problem that you can no longer load the savegame in the MP if you update from version 2.0.2.0 and you bought palettes from this version. Unfortunately, this also means that the pallets and BigBas that have already been bought are gone! So unfortunately you have to buy them new.

BigBgas seeds have been added.
BigBag Lifter for the seed BigBags has been added.
Placeable seed purchase station has been added. You can then buy larger quantities here.
Textures and translations for Polish players have been added.
You can now configure the fill level of the seed pallets when buying them. If you don’t buy them completely full, you can fill them up by holding another pallet with the same seeds on top.
A new fruit called Silphie has been added. (For the Bergmann farm)
The Relaistic Seeder is now creating its own category under Objects in the shop, as from now on it will not only contain more pallets.
The bug that displayed seeds and fertilizer for filling in the shop for seed drills with only one tank has been fixed.
You can now empty the seed and fertilizer separately from the seed drill.
You can now unload the fertilizer or the seeds in pallets, if that is in a trailer or shovel. You are no longer tied to a silo to get the seeds out of the trailer.
Lots of optimizations to the scripts, which I cannot list all.

I hope you enjoy the update!

It is now possible to fill the pallets in trailers, shovels and transfer vehicles. Either hold over it like with a seed drill, or drive up and overload with the [R] key. Each storage silo now automatically takes all types of seeds from the Realistic Seeder that are present on the map. I have also revised the GUI for selecting the current fillType for a silo. The text there is now 2 lines. Above the current fillType, below the current fill level.

Fixed problems with the following mods:

If you put a full pallet on top of one that is no longer full, the upper pallet will no longer jump down after loading
Fixed a warning when exiting the game (Warning: Deleting object ‘palletTrigger’ before all triggers are removed.)

– The mod is now Maize Plus Ready.
– Added new pallet fork that can be used to secure the pallets. The handy is so much better. Especially since the pallet is no longer pulled when you pull out the fork. (To be found in the front loader category. It says Realistic Seeder instead of Mod.)
– You can now sow sugar cane again when the mod is active.
– The palettes have been given textures for the French players.
– When filling the seed machines / front tanks with the pallets, you now have a filling sound.
– For the front tanks, fertilizer and seeds are now displayed in the shop.
– If a seed drill that is filled with standard seeds is emptied, the big bag is no longer created, but the Pioneer pallet.
– Standard seeds have become more expensive. The BigBag now costs € 1,350 instead of € 900 and the Pioneer Palette now costs € 2,835 instead of € 1,890. If it can change the fruit by magic, then it should also cost more.
– Disc harrows and cultivators that can also sow are now also supported.
– The collision of the pallets now adapts to the fill level.
– Various optimizations to the scripts.

Button to fix the pallets on the fork:

Keyboard: [X] Controller (X-Box): [LB] + (A)
This mod is supposed to make working with seed drills a little more realistic.

One or the other may have already seen my Realistic Seeder Mod. This mod adds its own seed palettes for the following fruits (the English names of the fruits are always in the brackets. If they are registered with these on the map, then you can also use them):

Should you not be able to sow a fruit on your map, then this palette is not in the shop either. If you fill a front tank or seeder with one of these seed pallets, then you can only sow the fruit for which the pallet was intended. Switching through the fruits then no longer works. But if you fill in the standard seeds, you can switch between the fruits as usual. If the standard seeds are emptied, the BigBag no longer comes, but the Pioneer pallet.

You can now also empty every seed drill and every front tank. As an example: The standard potato planter or the Lemken Azurit cannot be emptied as standard. This is fixed with my mod. Furthermore, when emptying, the first pallet is no longer created at the furthest possible point, but to the left. Each front tank can now also load both fertilizer and seeds. With the potato machines, the laying animation now stops if you lift it but leave it switched on. Otherwise they would fall off.

If you have set a language other than German, the texts on the pallets and the store images are in English.