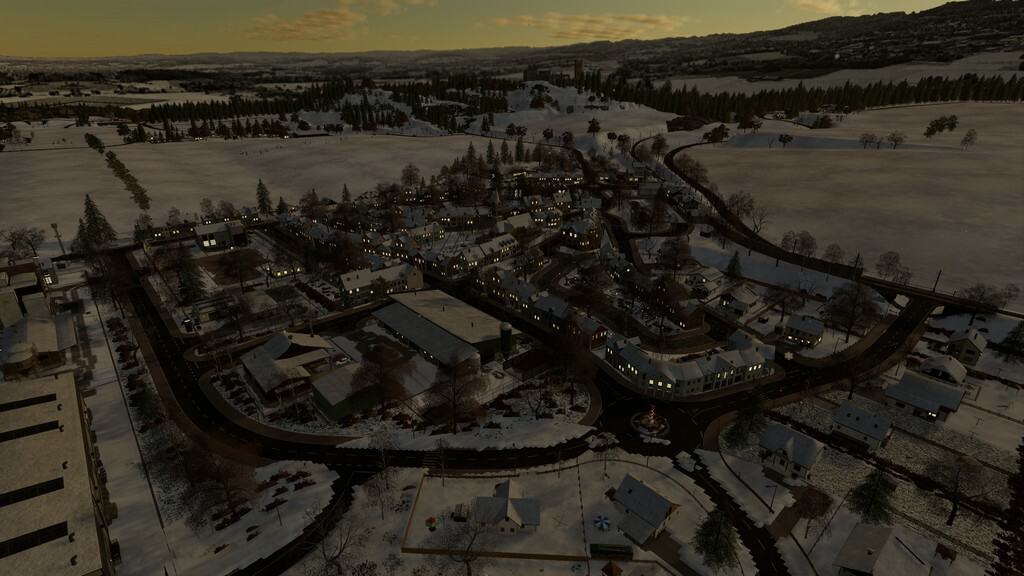 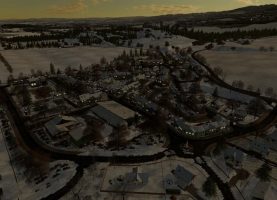 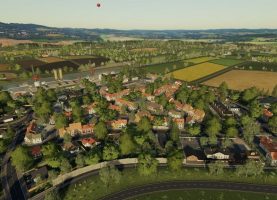 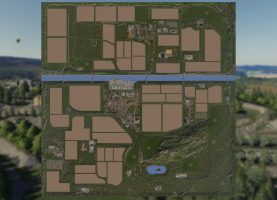 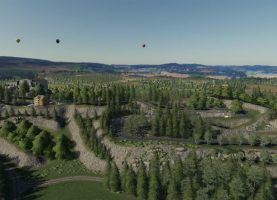 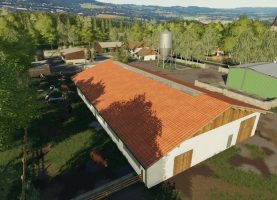 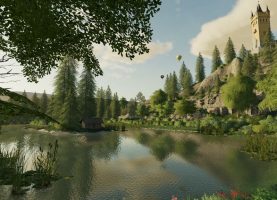 Welcome to Ravensberg. The map is fictitious, but similarities in names with real towns are intentional. A Middle German landscape with great attention to detail awaits you in the look of a model railway and invites you to discover and linger.
Again there is paintable soil with plants and bushes. The map is Seasons- and Maize Plus Ready and supports Maize Plus Forage and Horse Extension (PC/MAC version only).

Attention: For the full range of the update changes in V1.1.0.0 (have a look at the changelog) you need a new savegame. To play with the productions of VSR Modding Sur on consoles, choose “Ravensberg Productions” during map selection Seasons is not compatible with the productions).

My thanks go to the modders whose objects, sounds and scripts I was allowed to use. A list of credits is located in the modDesc.xml in the ‘contributors’ section.

Changelog:
– added 100% Maize Plus, Forage und Horse Extension support (only PC/MAC)
– increased heighType limit to 127 (only PC/MAC
– raised capacity of cow husbandry to 200 cows
– fixed clip distance of hot air balloons
– snow traffic signs are hidden without seasons
– reduced volume of ship engine and horn
– added possibility to plant trees
– added field grass as chicken food
– fixed snow mission (Seasons)
– fixed lighting in the machinery hall
– all buildings at the farms are now placeable
– new farmhose replaces the one from Giants (placed at the correct position in a new savegame only)
– moved small containers at the train silos
– removed collision from the contact wires at the railway line
– removed collision of some telephone poles (for the helper)
– added trigger markers to the liquid storage
– adapted location names of tranport missions
– fixed trigger of manure and liquid manure dealer in Ravensberg
– added support for productions of VSR Modding Sur (only on consoles and with new savegame)
– removed collision of silo unloading pipe at the buying stations
– fixed wrong position of the workshop triggers
– transport cost of chicken lowered
– bgp now accepts straw, sugarbeets and potatos
– changed driving direction of the train (in connection with signalling installation)
– fixed wood sell trigger in Isinghagen
– added missing water reflections of some objects
– some minor changes on the terrain (only with new savegame)
– fixed LOD-error of the autumn deco foliage in combination with seasons
– collision problem of the mission pallets fixed
– adapted tension belt mesh of the mission pallets
– removed barriers in the woods
– added capacity coniguration for Holmer T4-40 and Ropa Tiger 6
– bunker silo fixed (only with new savegame)
– changed train configuration (before the update, empty the train waggons)
– reduced slot count on consoles
– fixed vissible snow roofs in Isinghagen
– decoration vehicles at the vehicle dealer can now be bought and sold (for consoles to reduce slots)
– BPG is placeable and can now be bought and sold (for consoles to reduce slots)
– both railway cranes can now be bought and sold (for consoles to reduce slots)
– removed some misplaced crops (only with new savegame)
– fixed floating and incorrectly placed objects
– corrected incorrectly placed or faulty town and traffic signs
– fixed dealer name of Railway Silo West
– recreated collision mesh of map boundary
– snow mask “patched” (e.g. at the hall of the BGA)
– removed asphalted road at the farm in Langenheide
– added dealer at the supermarket in Ravensberg (only with new savegame)
– sugarmill now also buys crop
– herbicide and fertilizer barrels exchanged at Grain Dealer Osninghausen
– fixed wrong name of cow feed trigger at LGH Langenheide
– removed hidden trees at the southern farm and the meadow beneath the castle