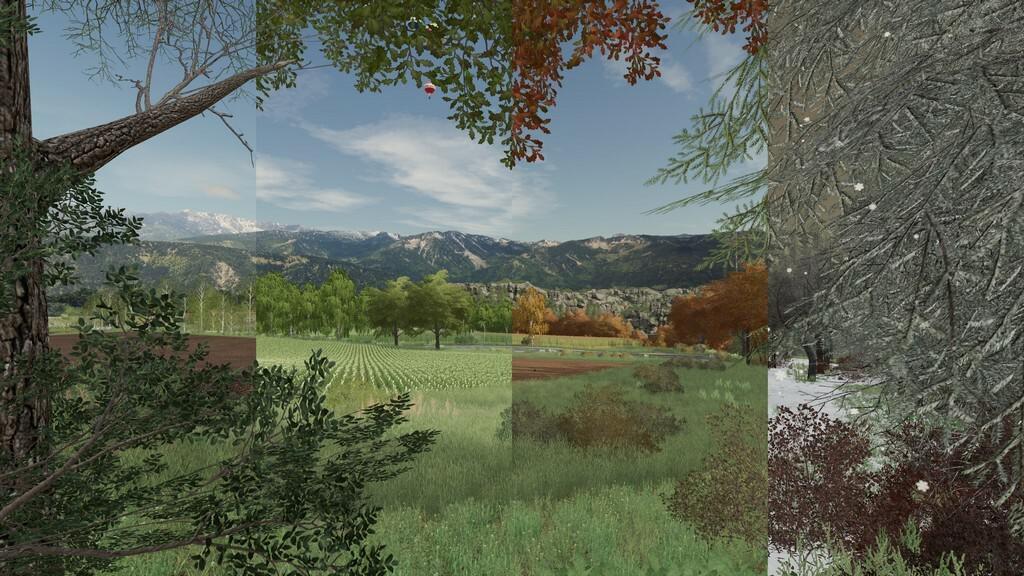 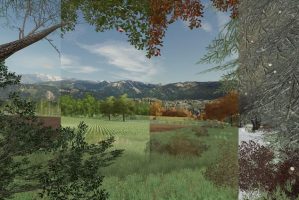 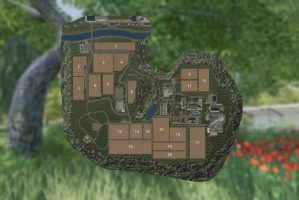 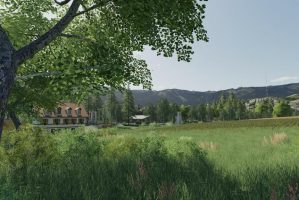 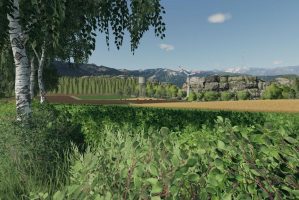 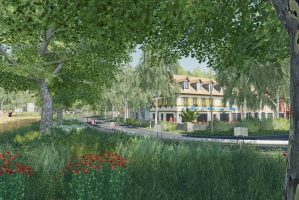 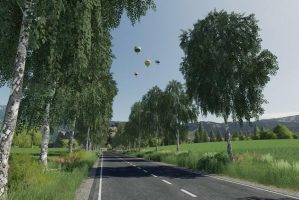 A mini-map for lovers of small agricultural machinery and all who want to become one of them. But if you like, you can also start with the Big Bud. The map offers all FS19 features (except a drivable train) on a 65-acres playground.

The fields are basically helper-friendly. I have tried to give the helper as much space as possible, but due to the narrowness it can happen that the helper has difficulties recognizing or turning over the fields. A headland is a good option in this case. For fields with trees, it is advisable to always start the helper at the tree side.

Due to the multi-terrain-angle change, a new savegame is recommended for PC / MAC if you upgrade from 2.0.0.0. Have fun in the idyllic Minibrunn.

For painting the new plants in the landscaping tool, just select sequentially the grass texture for grass, bushes or flowers.

Features:
-Seasons-ready
-multi-terrain-angle (only PC)
-multiplication grass as new fruit type (with extra crop definition for seasons)
-expanded landscaping with two new plants to paint (with grass ground texture)
-18 fields and 2 meadows between 0.5 and 2.5 acres
-the fields can be easily shared into larger ones
-forest areas with about 7 acres forest area
-biogas plant
-8 selling stations for all standard fruits
-with or without courtyard buildings and vehicles (depending on the level of difficulty)
-AI pedestrian and traffic
-two waterholes
-two lime silos, as well as permanently installed silos for seeds, fertilizers and herbicides
-mission system (including transport mission)
-livestock is not permanently installed

V2.2.0.0
-pre-built farm now on all difficulty levels (can be sold completely)
-curbs and fences on the courtyard can now be sold
-fixed wrong road markings
-new balloon texture added
-fixed floating objects at the machine dealer
-removed sugarcane stains from the farm (only active with new game, otherwise just paint over with landscaping)
-position of the shop icon moved into the building
-fixed decoration tree trunks roll onto the street
-repainted some of the buildings
-(hopefully) fixed problems with the water at the pond (PS4)
-removed all unnecessary cameras from the map
-minor cosmetic fixes
-Seasons: added settings for consoles
-Seasons: fixed missing snow on the rock at the BGA
-Seasons: added snowmen
-Seasons: added some snow roofs
-Seasons: snowmask revised (only active with new game)
-Seasons: fixed season masking for some objects