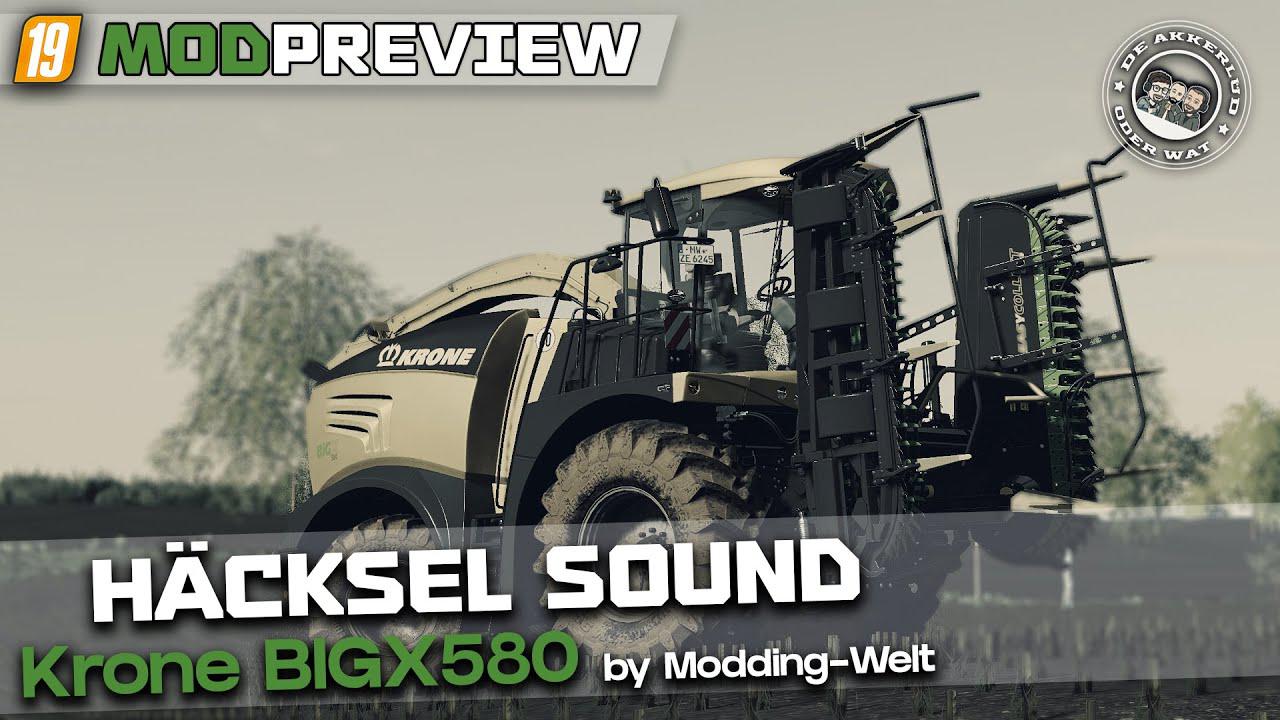 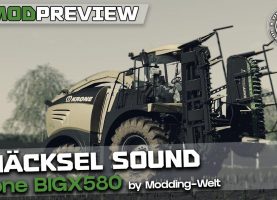 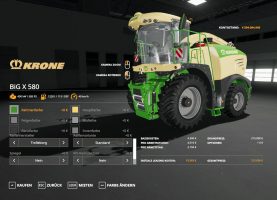 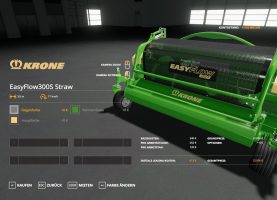 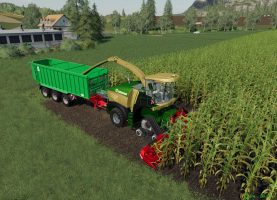 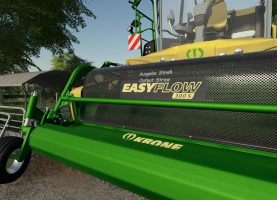 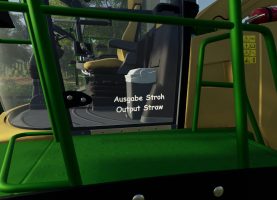 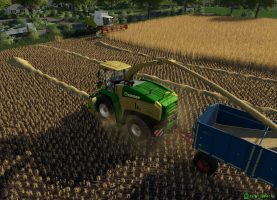 Changes:
– Installation of the threshingFlowIndicator.lua, thereby the utilization of the cutting unit is displayed and controlled.
– The engine stalls if you drive into the fruit too quickly with the cutting unit switched on
– Cruise control is automatically set to the respective maximum speed
– Different fruits have different maximum harvesting speeds
– the whole thing now depends on the width of the cutting unit (narrower cutting unit as specified in the standard -> chop faster / larger -> chop slower)
– Display of symbols of the fruit that is being harvested
– there is a problem with one fruit: with oats, barley is displayed as a symbol – unfortunately could not be solved (it is displayed correctly in the F1 window)

<! – Thank you da-Hoffi ->
This is all configurable via the utilization indicators:
– <! – no display -> Everything like the standard chopper – no speed limit, no engine stalling
– <! – display only Greenstar -> load display in front above the steering wheel
– <! – Display only monitor -> further monitor on the side, with utilization display and symbol of the fruit (which is being harvested)
– <! – Display complete -> both displays – that is, load display in front and monitor
– XDisc and cutting unit carriage configuration added -> Attachment of the cutting unit as in the Claas DLC
– Edited shop pictures of XDiscs, pickup and header trailer
– Added color options for the support wheel of the Kemper Plus 375
– Co-driver inserted – the following mod is required Universal Passenger | ModHub | Agriculture simulator
– A few more ads inserted in the roof above and in the monitors
– in the roof above it is now indicated which lights (work lights) are switched on <! – red dots ->
– The current fruit and the utilization of the cutting unit are displayed in the configurable monitor
– extra monitor built in for the start check
– then in the montor of the armrest (large):
– Start picture of the BIG X
– Speed ​​in numbers and via analog display
– Speed ​​in numbers and via analog display
– Icon for cruise control – status and speed in numbers for setting
– Temperature display in bar form, numbers + icon which, depending on the temperature, turns green (everything is OK) and red (too warm)
– Icon for rotating beacon lights up when it is switched on
– Fill level display for diesel in bar form, numbers in%, number display for hours consumption as well as an icon (petrol pump) lights up red when the tank is empty
– Icons for start – top row from the left – light up red / orange at start and then go out or turn green
– AdBlue display in bar form, numbers in% and icon (blue fuel pump)
– Air display in bar form, numbers in% and as an icon – at the bottom – if there is not enough air, it lights up red
– Current InGame time of day in the top left corner
– Hectare display of the worked area in numbers
– Operating hours display
– Display by image whether the cutting unit is coupled or not (images created)
– Display by image whether the pipe is extended or retracted
– Odometer and trip meter installed – The odometer Mod from BPG is required for display [MOD] Kilometer display 1.9.0.4 – Black Panther Group Forum
– New sounds for chopper, hydrostatic sound added and cutting units (also working sounds for XDisc and Pickup) <! – Thanks PeterAH ->
– Increased steering angle when the trailer hangs on the ball head (increased angle from the trailer to the chopper)
– All warning lights come on when reversing
– Fix turnOnVehicle entry at Krone Easy Collect 600
– Shield for speed installed and configurable
– Sound built into XDisc cutterbars when you open them
– Weight configuration added 500 kg, 1000 kg and 1500 kg on the BIG X
– Displays in the monitors completely rebuilt
– Crown logo added to the seat of the BIG X.
– Added covers on the wheelhouses when tape drives are installed (self-built)
– Tape drives revised (blocked immediately when taking off the gas)
– MB number reduced
– 4 different configurable horns
– Kemper cutting units revised with regard to ConnectionHoses and supports when coupling and uncoupling
– Krone BIGX mount for connections at the rear (self-built) <! – Thanks da-Hoffi for the specular ->
– Added header trailer speed sign

A few more pictures to explain.