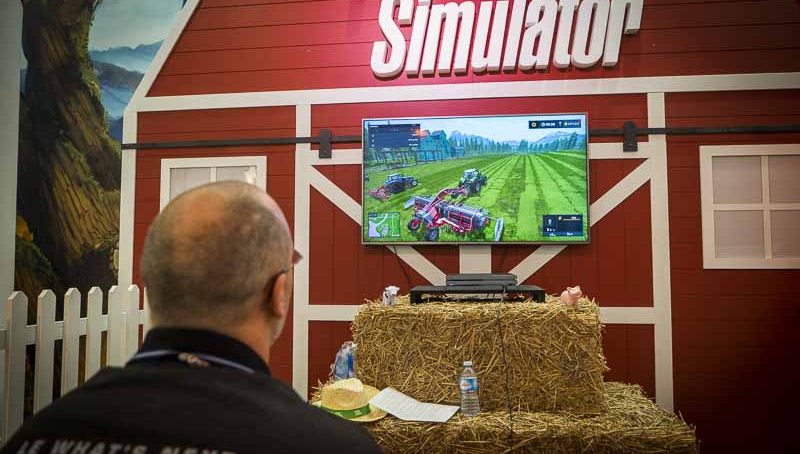 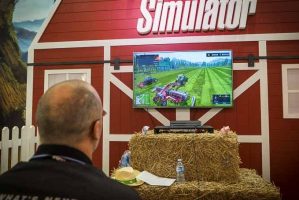 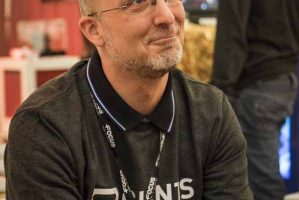 Farming Simulator 17 was released on October 25 and the title is world-wide. And while at Paris Games Week, the game seemed quite alone against the latest FPS, we learned lately that there were more Farming players on Steam than Call of Duty players.

So at Giants, we are proud of this success? How are sales of the title, and where is our small France positioned on sales volumes compared to other countries ?

Marc Schwegler, Lead artist Giants Software: Yes of course we are proud of this success, how not to be. From the first month, we were in the top sales on Steam with a satisfaction rate of 93%, while the last Call of Duty scored “only 53%”. In terms of ranking, Germany remains at the top, France is second only to Poland and the United Kingdom.

It is assumed that the development teams are block on the mobile version Farming Simulator 18. What about?What can you tell us about this future version?

MS: Farming Simulator 18 will be released in the second semester. The preview presented today still contains many bugs even if the game is already very successful (Editor’s note: we confirm!). The 3DS version suffers from a lack of optimization and meager machine capabilities compared to a PS Vita or the latest Android smartphones. Overall it can be said that this version is aimed at an audience of younger players. Experienced gamers will turn to the XBOX One, PS4, and PC versions. 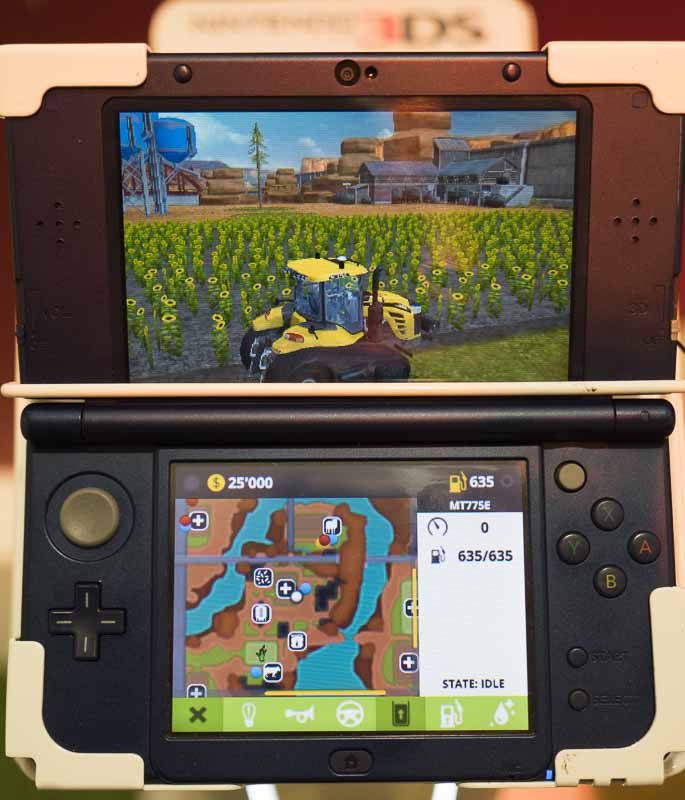 Visually far behind the competing platforms, the 3DS version pulls out of the game thanks to its 2 screens and its relief effect. 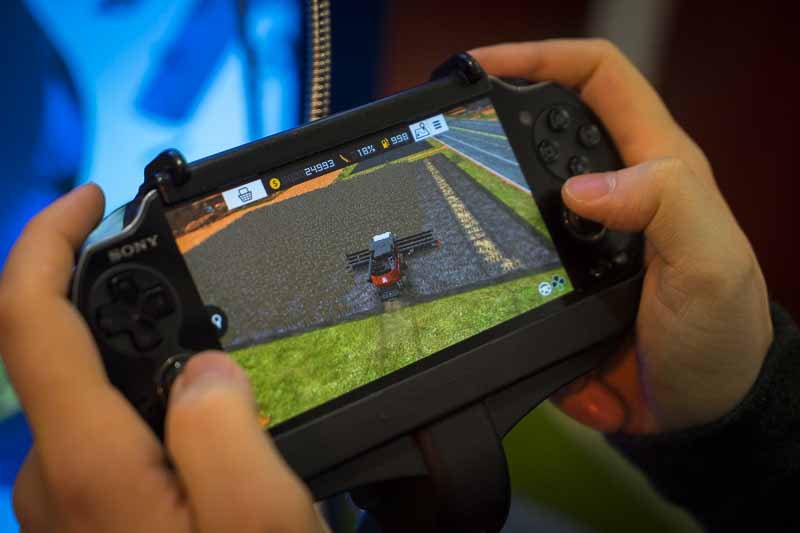 MS: Compared to the 2016 version, there are many more materials, you can buy and transport animals, the map is larger and more varied (Editor’s note: the scenery is a bit special, mixing plain and canyon, Is more a map USA than a map Europe, but the terrain is rich and detailed). Orders are simplified. For example to cut a tree with the Scorpion, it is enough to approach so that the grab grasps the tree. Same to poke a round in the field, the maneuver is done on its own.

Graphically, FS17 is successful, the work on modeling is a real advance to increase the realism of this simulation. Some players however are surprised not to see their title released on Xbox 360 and PS3. They really did not have enough under the hood? Or is it a strategic choice?

MS: No choice is not strategic. There are really limitations on its platforms. However, we tried in the early stages of development but the RAM (512 MB on an Xbox 360 being 8 times less than a Samsung Galaxy S6 Edge smartphone) was reaching saturation. And then consoles like the PS4 are already mid-career.

The virtual reality is already a reality, without wanting to play punts, on PlayStation 4 and on PC. We were able to experience it recently with a Samsung Gear VR connected to a PC . Is an official support coming?

MS: No there is no official development planned. Virtual reality is limited to a few in-house tests only.

The mod hub is starting to gain weight. Who feeds it? Some badly modeled materials are available. Are not you afraid that they will taint the title? Is there a quality check?

MS: The quality control policy is very flexible. When a mod is submitted, it can benefit from beta status, on PC only, no matter its quality. We are a little more looking on console. But basically, if the mod does not crash the game, we go, it’s validated.

Farming is a simulation. But some farmer players still find him too lagged with reality. Do you work with a team of farmers to be closer to the field?

MS: During the development of the game, we have of course involved some professional farmers to gather their opinions. The subject is complicated but it is up to us to define the limit between hyper realistic simulation and pleasure of play. Maybe for the next version (Editor’s Note: Farming Simulator 19/2019), we will improve the livestock part (animal transport, Breeding, choice of breeds in cattle). But I can not say more.

Large simulations, like Sim City in its time, included natural damage. With climate change, agriculture is exposed. Do you want to broaden the realism of Farming by including this type of event?

MS:  Concerning climatic conditions, the game being very focused on the use of agricultural machines, there is little chance to include a winter season. In winter, the tractors remain at the hangar. We are thinking, however, of including temperature variations for crops, as well as floods, but this is only at the reflection stage.

With the arrival of Chinese radishes, the game has taken a first step towards the current cultural techniques. The market for organic farming weighs today. Perhaps we will see the bio grow in Farming Simulatir 19, with products sold more expensive if no treatments are used?

MS:  We are thinking about including a feature that would allow for a bonus if there is no crop treatment and how to feed the cows to produce either more milk or more meat. Depending on its power supply.

This is no longer a secret for players, Farming Simulator is the reference farm simulation, very far ahead of Professional Farmer 2017 . Nevertheless, a new title financed on KickStarter, Cattle and Crops , is expected soon. How do you see the arrival of a serious competitor, especially since the game takes up the strengths of Farming Simulator?

MS: It’s hard to talk about Cattle & Crops when the game is only at the Alpha stage. Graphically the game looks “nice”. The first information reveals a title focused on simulation, where Giants seeks a balance between simulation and fun to play. Let’s wait to see the final version, but yes we keep an eye on this title.

… and if not Farming Simulator 19?

MS: Ha ha! You know, 2 years is not too much to develop Farming Simulator 19. We’re still in the reflection stage, but the team is already on it, and the 2-year pace should be kept.

Thanks to the teams of Giants Software and Focus Home Interactive.

Credits:
We dont have any information about the author of this FS 19 mod. If you are an author, please contact us or leave a comment below and we will add your credits.