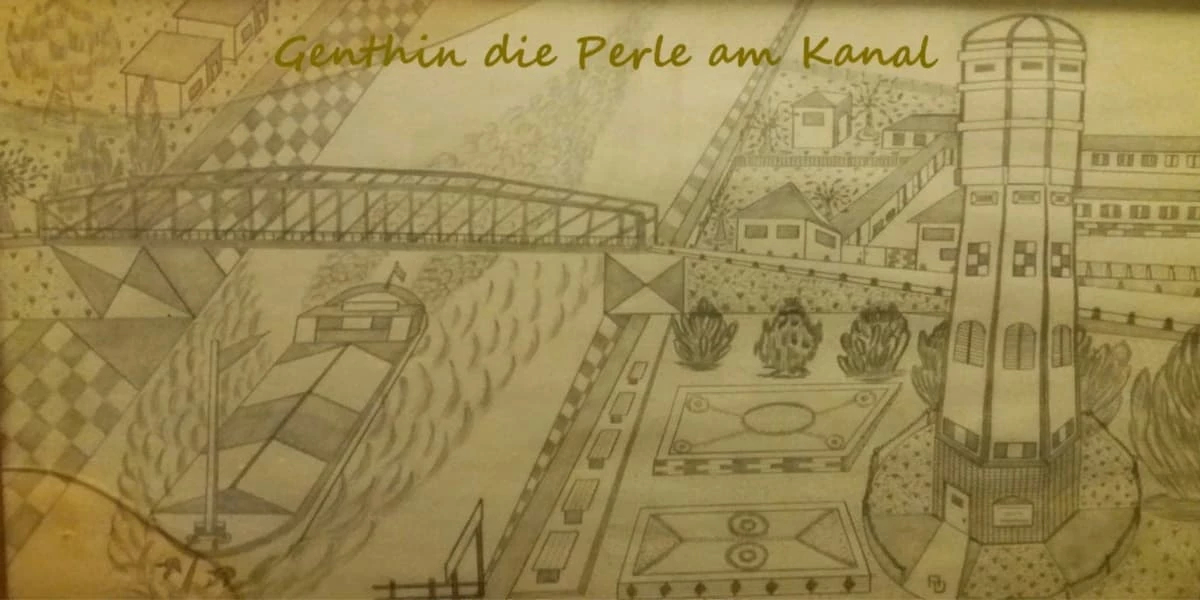 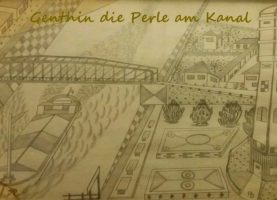 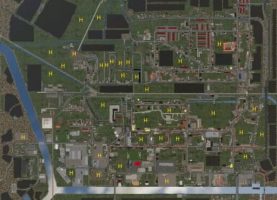 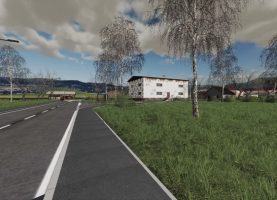 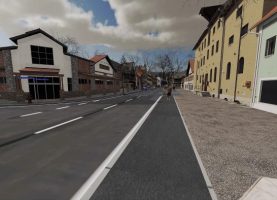 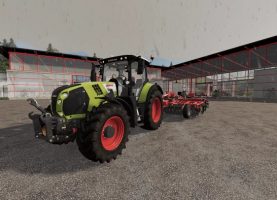 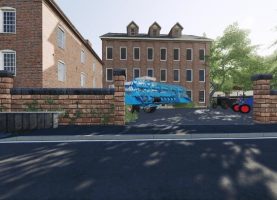 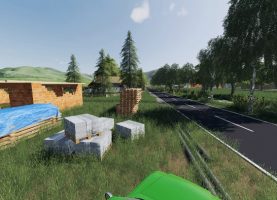 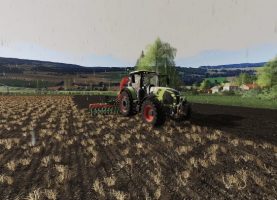 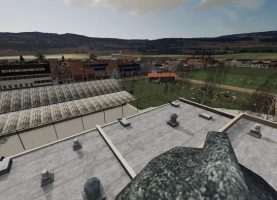 This is my hometown Genthin and the village of Mützel, in Saxony Anhalt.

Version 2
A new game should be started.
Important: I last saved the V1 with the GE 8.2.2.
When loading to edit the map, the floor fell in the map and x error entries were displayed.
Maybe that’s why some of you couldn’t start the map.
The V2 is processed and saved with the GE version 8.2.0.

What else was changed:
– Newly laid slab path between Genthin and Mützel
– all tunnels removed (there was an invisible Colli, which unfortunately I could not remove)
– Edited spawn points again
– edited some textures (prefabricated buildings, windows etc.)
– Sawmill building replaced
– sound decreased in the water
– Downtown processed, in the entire city center is one-way traffic
– Number of street signs reduced, new street signs set and floating objects set
– animated gates set at points of sale (dealer, dairy, brewery, etc.)
– Added fruit silo (In an emergency, you can buy fruit for your animals or productions here, but be careful, it’s much more expensive.)
– Added sales markings

I made large parts of the city, recreating the Altenplatow urban area to a small extent and the village of Mützel.
I have the Genthin Map with the help of a city map, Google Maps (LS19),
to my own knowledge based on my long time living there and sightings by driving off.
The construction time of the card in the current state is about 11 months (LS17) and the conversion to the LS19 about 2 months.
Important: The map is quite large with 1 GB, there are a lot of decorative buildings, as Genthin is a small town. Weaker computers could have problems with it.
(I myself have an i5 6600 CPU computer with 3.30 GHz, 16 GB of RAM, Win10 64 bit and an Nvidia GeForce GTX 1060 with 6 GB of internal memory and I have an average of 55 FPS with about 240 mods in the folder)
You don’t have a yard in the game.
Instead, a rented apartment, a rented property with shelters and your starting vehicles.
A field and a forest in Mützel. (in the “New Farmer” mode, in the other two modes you are missing the properties at the start)
There are the courtyard areas from the LS17 undeveloped to purchase.
Uhlandhof, (the plots around your rental apartment)
Werderhof (at the Werder industrial area)
Feldhof (on Feldstrasse just before the bypass)
Futterhof (in the village of Mützel)
Kuhhof (in the village of Mützel)
Pig farm (today a meadow)
Around 15,000 people currently live in Genthin and the associated villages.
There are no built-in productions on the menu, but you have around 42 plots available for everything that can be placed.
The map has 67 fields, including 8 meadows.
The field sizes range from 0.252 ha to 4.63 ha.
According to research, one hectare costs an average of 27,500 euros (in reality).
Traffic, pedestrians and ships are also obstructed.
There are the railway lines Berlin – Magdeburg and Magdeburg – Berlin (reality RE1),
in the LS19 standard trains with a charging station on the map (transport company,
Loading and unloading of trailers and trains) and one point of sale each outside the map in the map boundary.
This is passable with the respective train and can be entered at the sales points,
outside of these areas it is not impossible that you can fall through the map.
It can be played with seasons and the manureSystem (should be in the folder, otherwise errors will appear in the log) is built in. Addendum 05.03.2021
Standard crops are built in and there is at least one point of sale for every standard crop, including manure and liquid manure.
There are tunnels at train stations and a bunker at the market.

Buying things: dealers (buying and selling vehicles, etc., repairing and configuring),
Groovy Gasoline + Aral + Tankofix = fuel,
2x factory for fertilizer and seeds (fertilizer etc. 50% cheaper than in the trade), cattle dealer (animals)
Repairs: tire service and workshop (repairing and configuring vehicles, but not selling them
I wish you a lot of fun with the map, if you find mistakes you can keep them or tell me in the comments.

Credits:
First of all, I would like to thank everyone who deals with the LS in any way and helps others, including me. Be it through mods, maps, tools, features, scripts, addons, objects, videos, descriptions, explanations etc. So much would not be possible without you. My attempts to rebuild Genthin started in mid-2014, the first release for the LS17 took place in 2017. Here is the version for the LS19. I have seen an infinite number of videos, read a lot and watched tutorials in order to be able to present my idea and my work to you at some point. But that was only possible through you, THANK YOU. A lot of things have really been blocked by many people, it is difficult to keep track of things. If you recognize yourself in objects but are missing below, please contact us and I will be happy to write you down. A very special thank you goes to Powerpeter008 and Maulwurf63 who recreated the Genthiner Persiluhr for me (already for the LS17), for this many thanks to both of you. I also thank Giants, Arii, VertexDezign, Fatian, Nick98.1, Jendrek, Farmerahner, flo1997, wannabe farmer, seba j, BobMaster66, csmc, freak36588, Wildfuchs, ka88, Mach1-Andy, trekkerbodo, Mark, Hewaa, the commissioner, LWS Terminator, LS-Landtechnik, ClaasXerion5000NRW, for scripts and objects