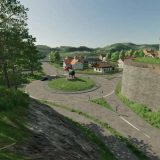 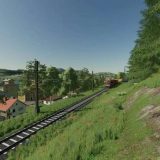 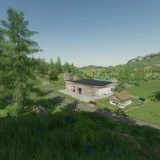 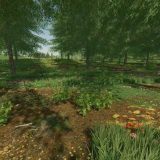 Version 1.0.2.0
The necessary update which removes the groundfoliage (deco mushrooms, branches, leaves, etc) outside of the woods …
You could paint over or plow under after the last update, but are not saved in the savegame and are there again after each start of the game

Moin, I once converted the Felsbrunn from LS19 … because my fav map didn’t want to go right away, I thought, I go a little slower and first try something simpler … so the Felsbrunn (since everything is nice and standard) and then according to the motto learning by doing … it’s finished now, I think I’ve learned enough from it.

So now maybe another one … because it would be a shame to keep them only for me … here for everyone
Map should be as far as “standard” LS22, ie all fruits, new soil etc (sugar cane and cotton are built in but deactivated)
Not all things went with the new shaders, which is why the fs19 support shaders are still working here and there … because giants like to mess around also a shader error in the log, but it doesn’t cause any problems there are also shaders that go garnich or cause more serious errors, e.g. the triplanarshader, which was used for the rocks … for this reason the rocks and the background mountain don’t look really nice, temporarily it has to go like this without having to use the shader.

The map was converted with the first version by editor 9, which destroyed the road to the castle and i made up my mind
Simply flatten the castle and the mountain … more usable area for this purpose the north port was changed and a sugar factory (the class factory from thüringer heights) was set up and there are large limestone mountains at the south port (the wheel loader sells lime, drive underneath and let it charge, unfortunately the filling animation doesn’t work and I don’t really know why).

Also sales points for all fruits, wool, milk, wood and wood chips … (I hope they all work …)
There are productions that can be placed in the shop, I don’t think of productions in the LS, but everyone as they want …The train is only a decoration

There are also a few silos and lamps for the courtyard and compared to the standard maps you can draw a few more textures on the floor … as well as some new decoration here and there.
There is water at the pond near the shop and at the water tower near the cattle dealer.
What I tested myself on the side worked, but people like to make mistakes
So if you see something that shouldn’t be like that or something that doesn’t work, leave a comment here and I’ll try to fix it … otherwise, have fun.