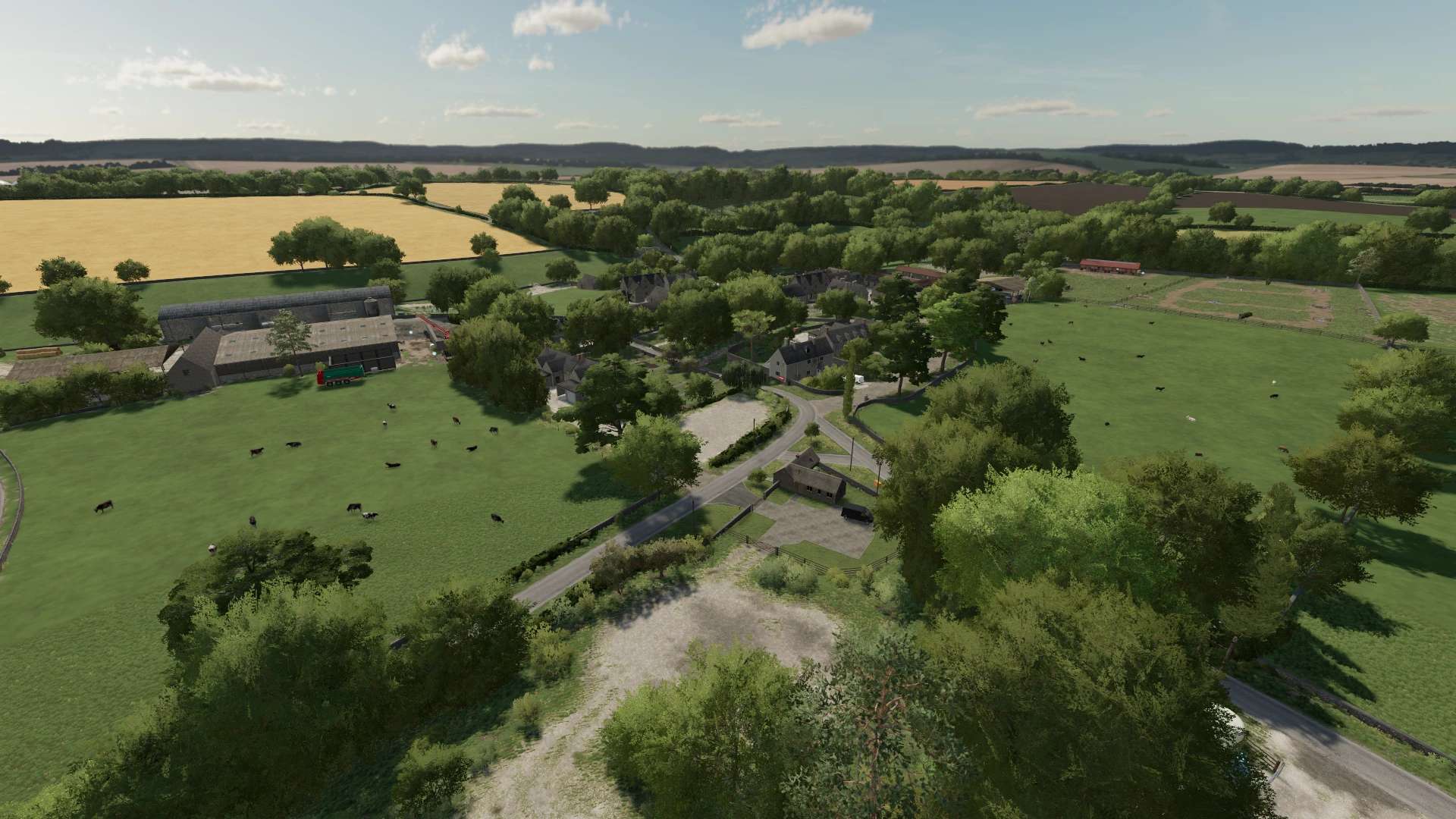 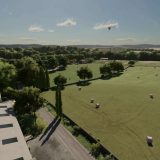 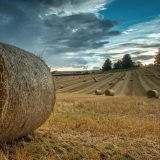 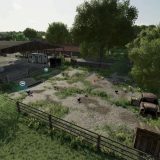 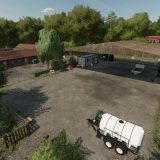 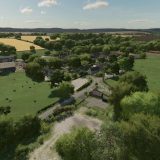 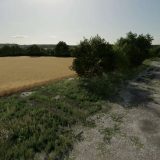 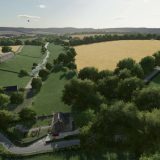 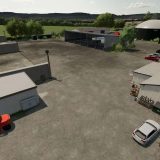 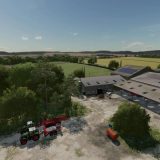 Good afternoon friends. I present to you a slightly modified map of CALMSDEN. Although it was a great map before, but I also improved it and made it more playable.
And so. The main base has been redesigned, all hangars on it have been increased by about 1.5 times, a small platform for various purposes has been added. The terrain at the base has been slightly modified and improved. Since the base was enlarged in scale, the exterior of the base had to be completely redone, and it was made approximately similar to the default CALMSDEN card. The fields near the base are also slightly redone. A new exit towards the cowshed was added from the main base. The silo was moved to a more convenient location. On the old site of the silo there are now hangars for bulk crops (for hay, grass, etc.)
The city is a little embellished in some places, different vegetation and various objects have been added. In some places, collisions had to be removed on gates and wickets to improve playability. The respawn points of the character have been changed, the area around the house has been slightly modified.
Hangars have also been enlarged in the cowshed almost 2 times, now it is possible to place equipment there. Also, the area around the cowshed has been slightly redone.
The terrain and hangar have been redesigned at the BGA, silos have been added. A site for industrial buildings has been made near the BGA. Also nearby there is an ennobled field for self-plowing. There is an asphalt road to the BGA.
The chicken coop, stable, and sheepfold were slightly altered. Added gates to the pigsty and to the sheepfold. A passage to a hidden field near the stable was made.
The roads on the PDA have been corrected, but the site near the BGA on the PDA is not displayed, since a photo of the real area is embedded in the PDA and I would not like to change this photo.
The starting technique has been changed. Fixed various jambs on the map, slightly optimized. The snow mask has been modified. Field prices have been adjusted and reduced.
Friends, I redid the map for myself and did not coordinate it with the author. And now I’m sharing this map with you. If you find jambs or something that needs to be fixed, write in the comments. If possible, I will try to fix everything.