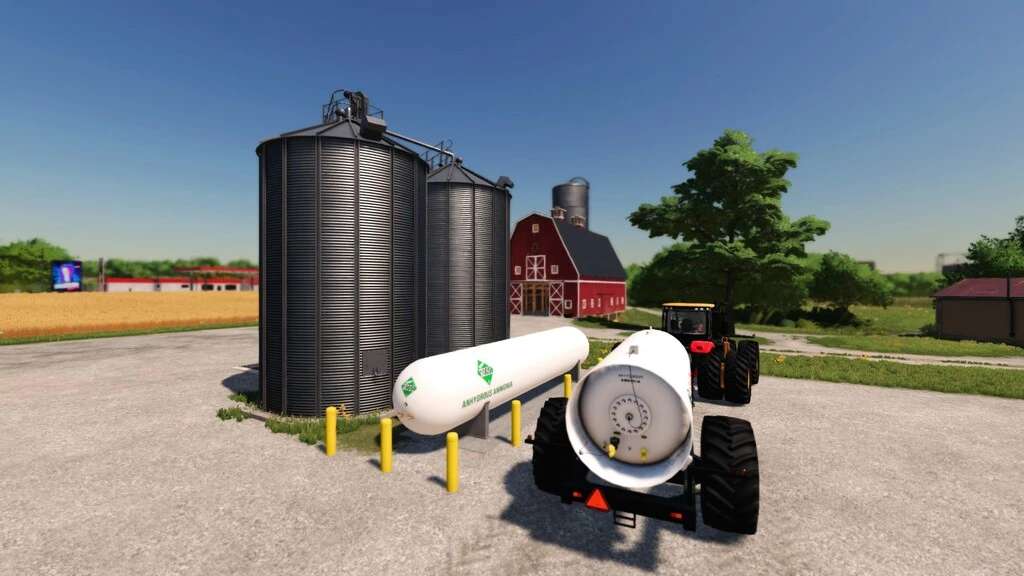 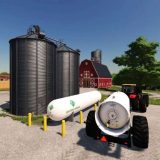 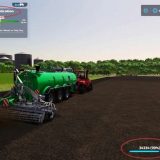 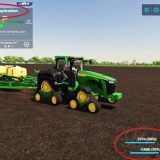 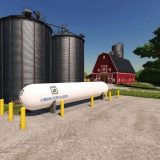 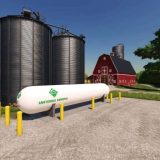 Anhydrous ammonia (NH3) is the foundation for all nitrogen (N) fertilizers. Although almost 80 percent of the earth’s atmosphere is comprised of nitrogen,
it is not in a chemically and biologically usable form for plants. Using a complex method called the Haber-Bosch process, nitrogen is captured from the air,
combined with a hydrogen source and converted into a form that can be used by growing plants. Ammonia in this form is also known as ammonia gas or
anhydrous (“without water”) ammonia. Though more expensive than standard liquid fertilizers, at a nitrogen concentration of 82%, it is the most
effective way to fertilize crops demanding high nitrogen.

NOTE: By default, this mod allows for anhydrous to be applied using the SamsonAgro pgII35m Slurry tanker and SD700 cultivator injector.
While not required, the ExactRate 8RX Tanks will support anhydrous; the mod has also been prepared to allow anhydrous to be filled to the John Deere 1775NT 2022 planter.
Some implements will NOT show the anhydrous fill icon in the shop, however they will accept anhydrous.

Any implements of type ‘fertilizingCultivator’ or ‘fillableImplement’ with ability to store liquids or pull a liquid caddy will automatically accept anhydrous, or with any implement, such as a toolbar, that is properly configured for anhydrous.
The anhydrous.lua file contains many base game sprayers/injectors that can be enabled by simply uncommenting the appropriate lines. Additionally, there is an example of how to enable an existing mod to allow for anhydrous to be accepted as a filltype.