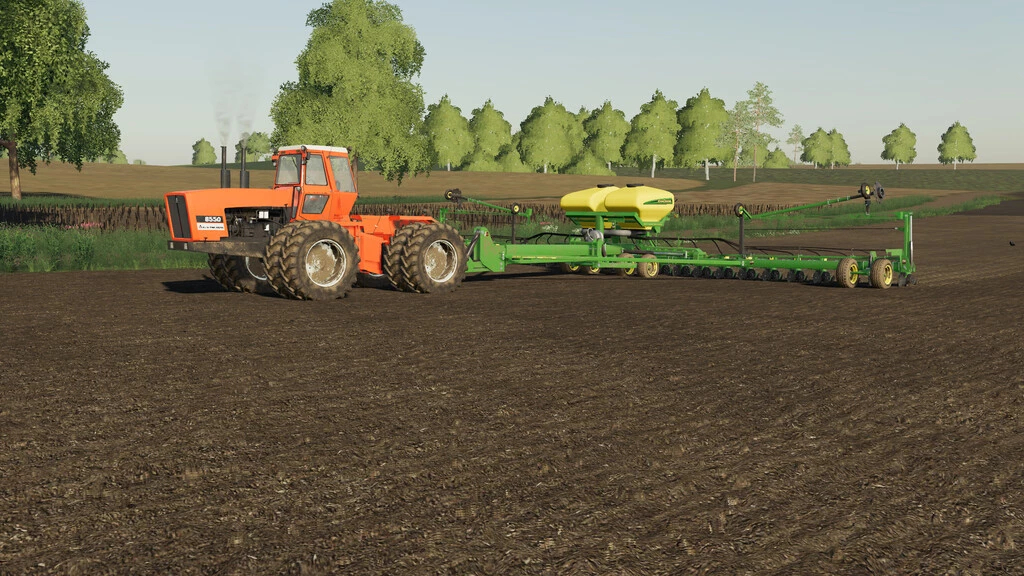 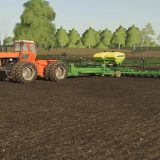 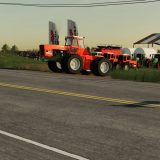 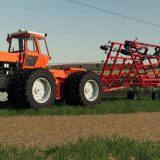 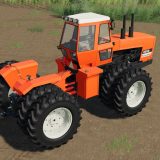 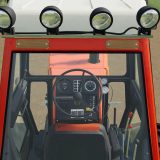 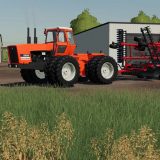 American articulated tractor, year of build 1978 – 1981.
The Allis-Chalmers Company was a major manufacturer of tractors and agricultural machinery in the United States for most of the 20th century. Allis-Chalmers was headquartered in Milwuakee, Wisconsin, and had another large tractor factory in nearby West Allis, a town named after the company. Financial difficulties led to the liquidation in 1985, the agricultural engineering division was sold to the German Klöckner-Humboldt-Deutz AG. Tractor production continued under the name Deutz-Allis until 1989, when the management sold the company to the Allis-Gleaner Corporation (AGCO), which was thus founded.

The Allis-Chalmers 8550 was the largest tractor from the American manufacturer at the time and was equipped with an Allis-Chalmers 12.0 liter 6-cylinder diesel engine with an output of up to 302 hp. The diesel tank was 643.5 liters.
The 20-speed partial PowerShift transmission in connection with the relatively luxurious “Acousta Cab II” cabin with air conditioning and optional radio offered a comparatively high level of comfort for the operating farmer at that time. The steering was hydrostatically supported.